Sometimes it doesn’t take long for the new guard to replace the old.

In the Yakima barbershop fraternity, the transition has taken less than 20 years.

Since Micahn Carter opened the city’s first urban-style barbershop, Yak Town’s Finest, in the late 1990s, a number of younger, hipper shops have come and gone.

The only other shop whose modern style compared back then was Jagz, which opened in 2001 and continues to have a devoted clientele on Summitview Avenue.

Carter closed his shop in 2012 to become a well-known pastor with the Together Church, but a number of his proteges continue to have a strong local presence.

J.D. Mares opened Behind The Chair on Nob Hill Boulevard that same year and has built a large following.

Matt Alexander and his brother, Chris, also worked with Carter at Yak Town’s Finest and both have been cutting hair for Jagz owner Joe Martinez for nearly a decade.

A number of their barber school buddies have lasted just as long.

But with the older generation retiring out of the business and the twentysomethings opening their own shops, guys like Mares, Martinez and the Alexander brothers have quickly become the old school.

“It’s cool for me to see the younger generation coming up because I feel like I had a hand in that,” said Matt Alexander, who has worked at Jagz since leaving Yak Town’s Finest in 2008. “I was one of the first ones to start this trend in Yakima, and it’s been fun to watch it grow.”

Mares feels like he’s made a fairly significant imprint on the Yakima barbershop scene, both during his time at Yak Town’s Finest and in the five years he has owned Behind The Chair.

He was forced to go out on his own when Carter left to commit more time to the ministry. But as it turned out, that’s just the boost he needed in his career.

“When Micahn told us he was hanging up the clippers, me and the other guys either had to find another shop or open our own,” said Mares, who attended the Elite Barber Academy with Alexander. “So I opened up my own shop the next week with five guys out of barber school. The guys working here have changed over the years, but we still bring in tons of people of all ages. This place is always packed.”

Even after five of his former Behind The Chair barbers left to help start a new place, the Barber HQ on North Seventh Avenue, Mares says his business hasn’t suffered.

The main reasons, he says, are the atmosphere and strict quality standards.

“To me it’s about culture,” he said. “People know it’s a fun place where they can bring their kids. But it’s also a place that’s known for doing great haircuts. All of the guys who work here have my stamp of approval, so if you work here, you know how to cut.”

Alexander agrees that having an open, inviting culture appeals to different groups of clientele.

Things like turning the music down and watching your language when kids are around — which is often at Jagz and Behind The Chair — has given certain places a reputation with families and middle-aged folks.

“In the past three years, we have seen a big influx of older customers because we offer a vibe and a culture that suits them,” Alexander said. “Our conversations are usually a little more mature and we aren’t blasting rap music the whole time. It just depends on what you’re looking for, and we are a place for anyone. You just have to be respectful of the house rules.”

On a recent Friday afternoon, Alexander’s daughter, Makenna, and his niece, Riley, were selling emonade to Jagz customers.

Televisions on the wall display sports and entertainment as light-volume music plays in the background. There are leather couches and chairs, while the west wall of the shop features a series of stand-up video games (talk about old school).

“A lot of shops are starting to look more like ours, with pool tables, TVs and that sort of thing,” Alexander said. “We want it to be a hangout, a place where kids can come. The whole idea when we started out was to be more than just a barbershop. We wanted to raise the bar, and I think we definitely have.”

Another young, old-school barber in Yakima who has tried to maintain a gentlemanly culture is Abimilec “Beemer” Leija, owner of two Fadeaholics locations.

He opened his Summitview shop in 2007, incorporating what he had learned at barber school with an artistic flair for urban style hair design.

Then in late 2015, he expanded to a space on Second Street, next door to the Sub Shop, hoping to attract more of a business crowd.

So far the strategy has worked.

“You see a little different crowd downtown, a little older,” said Leija, who says the Summitview location typically services a younger clientele. “We also get a lot of walk-in traffic. Just being downtown, near all the other businesses, has helped so much. It’s going pretty well.”

Location and reputation have helped Fadeaholics grow. But like Jagz and Behind The Chair, quality is job one.

“At both of our locations, our main focus is on customer service and quality,” he said. “I take a lot of pride in my work and I have a lot of passion for my craft. My focus — and all the guys who work for me, too — is on getting the details right.”

Leija has been cutting hair since he was 13 years old and received his training at Sakie International.

He has known Mares and the Alexanders since he got started, and he likes the camaraderie that has been established in the local barbering community. He believes there is a good mix of young up-and-comers and veterans to give the people of Yakima a choice.

“The younger generation coming up also has a lot of pride, so we never talk bad about anyone,” said Leija, now 31. “But it’s funny how things work; how quickly it changes. A few years go by and all of a sudden we’re the old school.”

Every barber — really, every artist — can trace his or her career back to when it started. While some of the younger barbers in town may not realize Micahn Carter helped bring the urban style to Yakima, they have undoubtedly been influenced by him.

Three of his most recognizable employees at Yak Town’s Finest — Matt and Chris Alexander of Jagz and Mares of Behind The Chair — have mentored many other young barbers in the area.

But Carter’s ability to bring people together and inspire them is ultimately what helped redefine the Yakima barber culture for the past two decades.

“Cutting hair is much more than a job to me,” Mares said. “It’s what turned my life around. I was in the streets, making bad choices, and Micahn was able to capture my attention. He showed me there was a better way, helped me realize what I could accomplish. He gave me the motivation I needed, and I found a career that has supported me and my family since I was 19.”

He still cuts hair most days, but since he’s the boss he can come and go as he wishes.

It’s the only career he’s ever known and he looks forward to passing on those skills to his kids.

“Cutting hair is what got me out of the Yakima mess,” Mares said. “If not for guys like Micahn and Matt, I wouldn’t have made it this far. I feel like barbering saved my life.”

Alexander also credits Carter for showing him a different direction in life.

As a man of faith — his other job is youth pastor at the Stone Church — Alexander says Carter’s messages resonated with him on multiple levels.

“People would come in and want the haircuts they were seeing on TV, and the older barbers couldn’t do what Micahn could do,” Alexander said. “He helped change the Yakima barber culture, and a lot of guys went to school because of him. He saw our talent and potential, and steered us toward a good career path. None of what you see today would have happened if it weren’t for Micahn.”

This site uses Akismet to reduce spam. Learn how your comment data is processed. 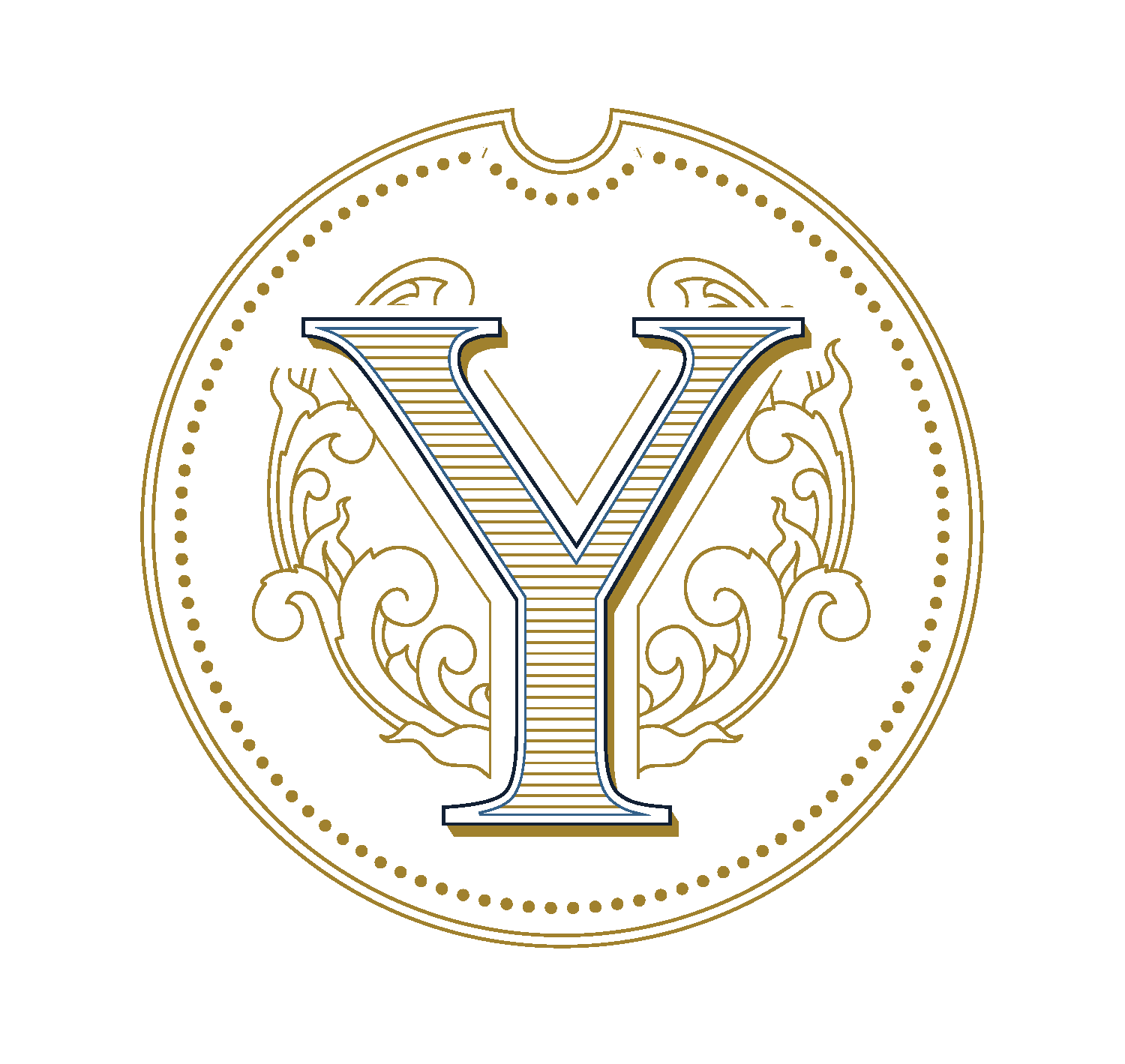